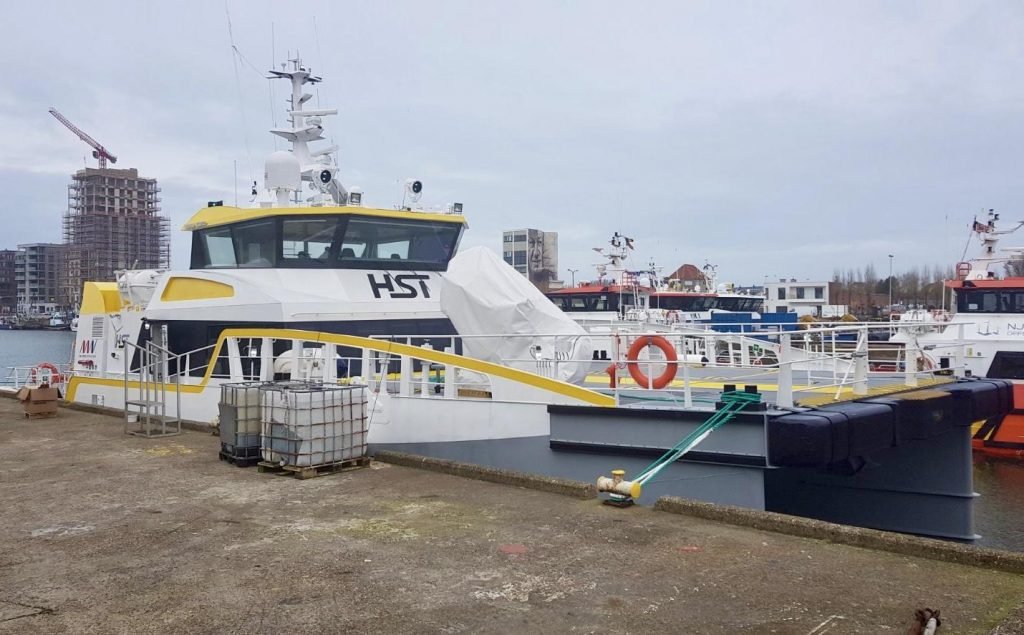 HST Euan and its sister vessel HST Harri will be deployed on the Belgian Northwester 2 offshore wind project under a five-year contract with MHI Vestas.

The vessel was built by Damen Shipyards in Antalya, Turkey, who delivered it to HST at the end of January.

To remind, Damen floated out HST Euan at the beginning of November 2019 and a month later the vessel carried out its sea trials.

The 219MW wind farm recently produced first power and is expected to be fully operational before the summer.