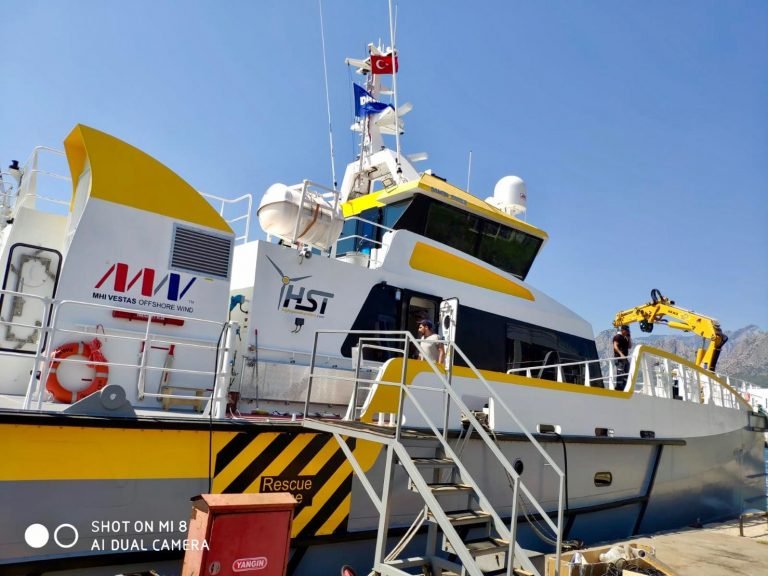 According to HST, preparations are currently underway for the crew to join the new FCS 2710 class vessel for the voyage to the North Sea.

HST Harri represents the third FCS vessel that HST ordered with Damen under a contract signed at the beginning of this year.

HST Euan, HST’s fourth FCS 2710, will also be deployed on Northwester 2 when delivered in November.

The vessel was floated out in Turkey at the end of July and will, once delivered in September, start a five-year charter with MHI Vestas on the 219MW Northwester 2 offshore wind farm in Belgium.